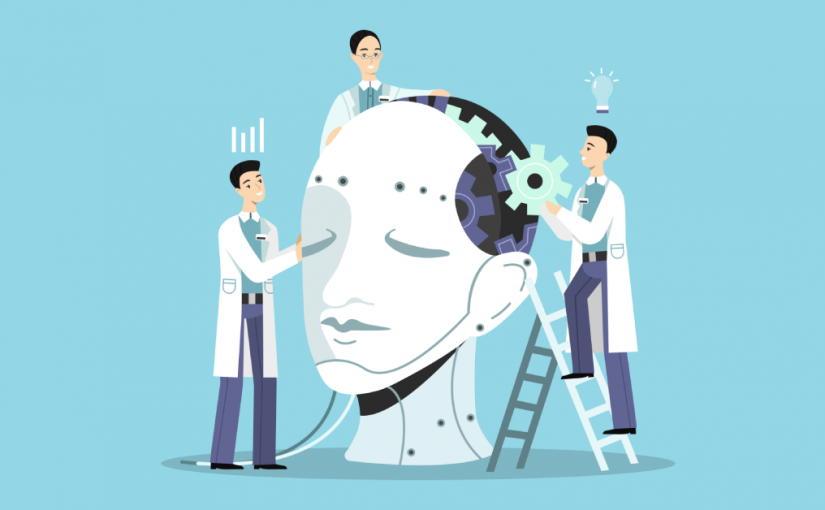 The word “Bot” has a lot of negative human emotions attached to it, mostly due to incomplete information. Human response to hearing the word “bot” has become more Pavlovian (machines taking over the world) over a period of time as very few people have a complete understanding of the word. So, let’s set the record straight!

The word ‘bot’ has different meanings in the real world & in the digital and in the interest of brevity here we will stick to the digital world.

The word bot is short for robot. The word robot was first used to denote a fictional humanoid in a 1920 Czech play Rossum’s Universal Robot by Karel Čapek and it is his brother Joseph Capek who is credited for inventing the word. The word then slipped into the everyday language thanks to the science fiction stories and one of the most famous contributors was Isaac Asimov who coined the word Robotics.

Our research yielded no results to find out the exact event which led to the coinage of the word ‘bot’ however it is generally agreed that the term was first used in the 1960s and became more and more popular with time.

The very first bots (in the modern sense of definition) are traced back to the 1980s with the emergence of internet chat rooms to ensure the chatrooms would not close down due to inactivity. These were very first chatbots! Due to these bots even today the word bot generally evokes a response assuming it’s a chatbot.

A little later Web Crawlers were introduced. The most famous of them all is still active and way more powerful, maybe you have heard of it, it’s called Google Bot.

There were malicious bots (read BAD!) which were designed to install themselves on the computer unbeknownst to the user and record their keystrokes and send the collected data to a predefined destination. Another variety of bots could launch a DDoS attack by creating a botnet (multiple bots working together). No wonder bots evoke negative emotions.

And finally, there were gaming bots. A bot in gaming is used to refer to a character controlled by a computer. These bots were used to create RPG characters, counter-strike being one of the most famous examples.

Over a period of time, the types of bots have grown exponentially along with the range of tasks done by them.

According to the various reports currently, bots are responsible for anywhere between 35-40% of the current web traffic.

Many companies have introduced chatbot interfaces for customer service, improving the turnaround time for customer queries. These chatbots have very limited capabilities and can only respond to certain queries & responses. All the digital assistants which you see around you like Alexa, Siri and Cortana are nothing but bots. Recommendations given on e-commerce websites like Amazon & Flipkart are generated by (right again!) bots!

As the cost of the automation keeps reducing by the day the future of the automation looks exciting. One WEF report estimates that in manufacturing 48% of the time spent on physical and manual tasks will come down to 35%. According to a McKinsey report, the sectors which will benefit the most in India are manufacturing & retail. The winners in these sectors will be those who create organizations with the workforce empowered by automation, real-time data & analytics.

Keep following our blog series on bots and what the future entails for us all. To see some of them live in action, drop a note at hello@zvolv.com to schedule a quick demo.

Zestl’s Zvolv platform enables enterprises to transform their operations with fast, no code workflow automation. This blog is where we discuss how disruptive innovation powered by AI, Mobile and Collaboration technologies is changing the business landscape. We’d like to share our insights, ideas and solutions and we’d love to hear yours.